//
you're reading...
Health on the Hill, Stand-Alone Stories

Statistics released by the Centers for Disease Control and Prevention and the National Center for Health Statistics in 2010 indicated that diabetes is more than twice as prevalent in Native Americans as it is in white Americans. Native Americans also have the highest rates of diabetes of any minority in the United States.

In recent years, prevention programs have sparked up urging Natives to regain control of their health. Haskell Indian Nations University and the University of Kansas both have programs targeted at communicating better diabetes management and prevention techniques to Native Americans. 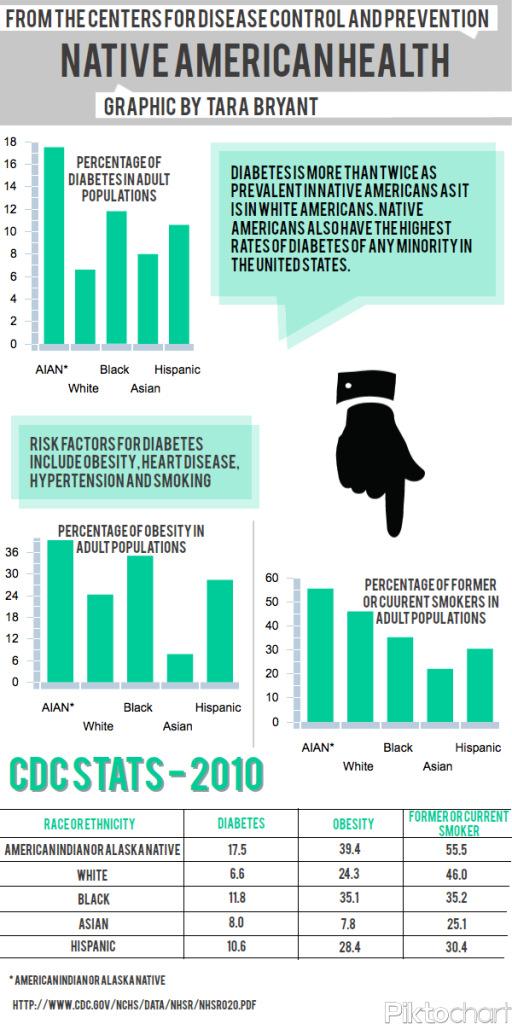